As I reflect over the past few years, I see how the LORD has put brothers and sisters in Christ in our lives to accomplish something we could never have on our own: SendMe Refuge, LLC.

I returned a different person.

I prayed every day for the LORD to make a way for me to return to the mission field… and He answered (Jeremiah 29:13). Over the next few years, God allowed me to return to Nicaragua three more times plus I was honored to lead three teams to Guatemala as well. God hears and He answers in ways that are so much higher (Isaiah 55:8) than what we can ask or imagine (Ephesians 3:20)! You see, not only did He allow me to continue to go spread the gospel, He provided fully for every trip whether I went alone or with my wife, Annette and our youngest daughter, Abby. We only asked people to pray that God would provide the way but God showed up and showed out! He sent complete strangers into our lives with the exact amount of funding that was needed and at the exact time we needed it –every time! God is good, my friends! After all, He tells us in His Word that we have not because we ask not (James 4:3).

​I knew with all my heart the LORD was preparing me for something greater than I could ever do on my own. Then in the summer 2015, just before leaving for Guatemala, He gave me a vision for the mission He had planned for me (Jeremiah 29:11). So I began preparing and planning for the mission field which I imagined would occur as soon as Abby graduated from college in four years…but God had a different plan.

Fast forward to Guatemala: while there I experienced something foreign to me, I became upset, even mad, at God; I felt as Jacob must have as he wrestled with Him (Genesis 32:28). On one of our house visits, we encountered a woman with an 11-year-old daughter and her 13-year-old niece who came to the mission team with a prayer request. She was seeking protection and the financial means to escape the situation they had found themselves living in. We of course asked why she needed protection and she explained that men were attempting to come in at night and take advantage of the young girls. Being a father of two daughters, I kept asking myself, “What if those were my daughters?”

Then on our next house visit, we encountered a young girl with a huge smile on her face despite having a sheet wrapped around her leg to keep the flies away from the devastating injury she had incurred when someone with a grudge against her family had ran over her with their vehicle not once but twice! She had an external metal rod attached to the bone that had to be adjusted regularly in order to realign her leg. Even in the midst of such horrific pain, she smiled.

For three days, I questioned and argued with God seeking answers as to why He allowed such suffering in the lives of these children? I wanted to know why He didn’t send someone to help these children who lived in the dump. ​

My answer came one morning on the rooftop of the mission house as I sat in the stillness alone with God. As I prayed, I watched the most indescribable sunrise unfold before my eyes. There was also a magnificent display of lava erupting from a volcano which made the sky appear as if it was on fire. I was in awe. Then, suddenly, rage and anger came upon me and I told God, “No LORD! You are distracting me with Your beauty and Your Glory but You still have not answered my question.” As I talked/argued with the LORD, a brother in Christ joined me on the rooftop. He was praising and worshiping God. I was amazed and felt such a peace come over me. Then I saw what was printed on the back of his shirt in big, bold letters: HERE I AM, SEND ME. Isaiah 6:8. I immediately answered, “Yes LORD, I will go.”

There was such a peace in my heart at His calling and my agreement to go, but at the same time, my heart was heavy because I didn’t want Annette to follow me out of an obligation as my wife; and, I surely didn’t want her to feel resentment to being taken away from our daughters.

God again answered and provided the way–have I mentioned what a mighty God we serve?! We returned home and I did not mention what happened on the rooftop to Annette. The next day was Sunday and we had a guest speaker at our church, Shannon Formby, author of Captivated (www.getcaptivated.com).

At the end of the service, Shannon stated that the LORD told him to anoint and pray for anyone who had a need of any type. Annette grabbed my hand and told me, “It’s time. We need to do something.” We sobbed together as we both knew God was calling us into the mission field.

So the search began. I looked for places in Guatemala for us to serve but I found no peace. My prayer became that God would only take me where He could use me for His Kingdom. For three months, Cacahoatan, Mexico, kept coming before me until I couldn’t take it any longer –me, my backpack and Jesus were going to Cacahoatan. I had no place to stay and no contact in that area but I was willing to go and search town-to-town until I found where my LORD wanted me to serve.

During this time, Annette began praying for God to send someone with me. She knew I didn’t speak the language and was anxious for my safety. Just as I was about to head to Mexico, I spoke with a Spanish man that I knew. I asked Leno for advice as I told him of my plan. He made a phone call and handed the phone to me and this is what I heard:

Spanish man: “Hey my friend. Leno told me what you are planning to do and I want to help. I’ll pick you up at the bus station or airport in Tapachula and take you wherever you want to go. And, by the way, I think I know you.”

Me: “How could you know me? I’ve never been to Mexico.”

Spanish man: “I know it’s you. A long time ago, I worked with you at a big church with a big cross by the Interstate.” (He was referring to Gardendale First Baptist Church; we had landscaped their campus eight years earlier! At that moment I remembered a Spanish man from that point in time, “Erasmos?” (Have I mentioned how big my God is?!)

Erasmos: “Yes, it’s me. I’ll take you wherever you want to go; however long it takes. Also, please stay at my house with my family.”

Me: “OK, I’ll stay with you. Have you ever heard of a town about 30 miles from Tapachula called Cacahoaton?”

Needless to say, I flew to Tapachula and stayed with Erasmos and his family in Cacahoatan. Note to self: never underestimate the power of a praying wife.

With Erasmos as my earthly guide, God led us to the city dump in Tapachula where 300-400 people, mostly children, live.

It was indescribable: people with no shoes digging in garbage piles for food and/or items they could sell for a little money; their only shelter was a sheet or whatever material they could find in the dump draped over sticks; their only water source was filled with garbage and sewer waste. Some of the children we spoke with were teenagers who had lived in the dump since they were 11 years-old.

So SendMe Refuge, LLC was born. SendMe Refuge is not only Archie and Annette Hand, but every believer in Jesus Christ.

My prayer is that you will help us carry out our Heavenly Father’s will. (Matthew 25:40). In closing, I want to acknowledge and thank God that He has allowed me the privilege of witnessing many miracles while serving

Him in the mission fields of many different nations and for that, I am forever grateful.

“He lifts the poor from the dust and the needy from the garbage dump.” Psalm 113:7 NLT 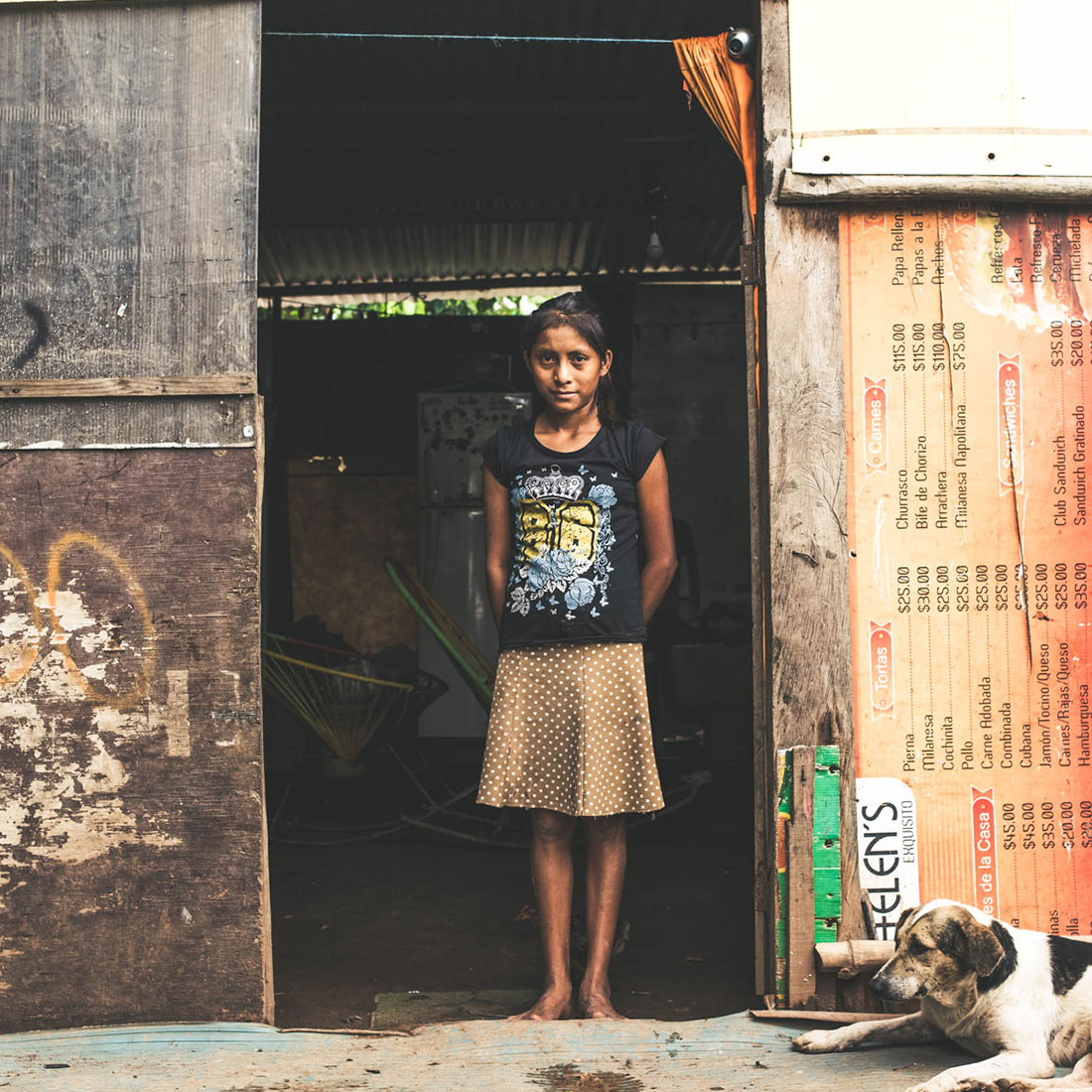 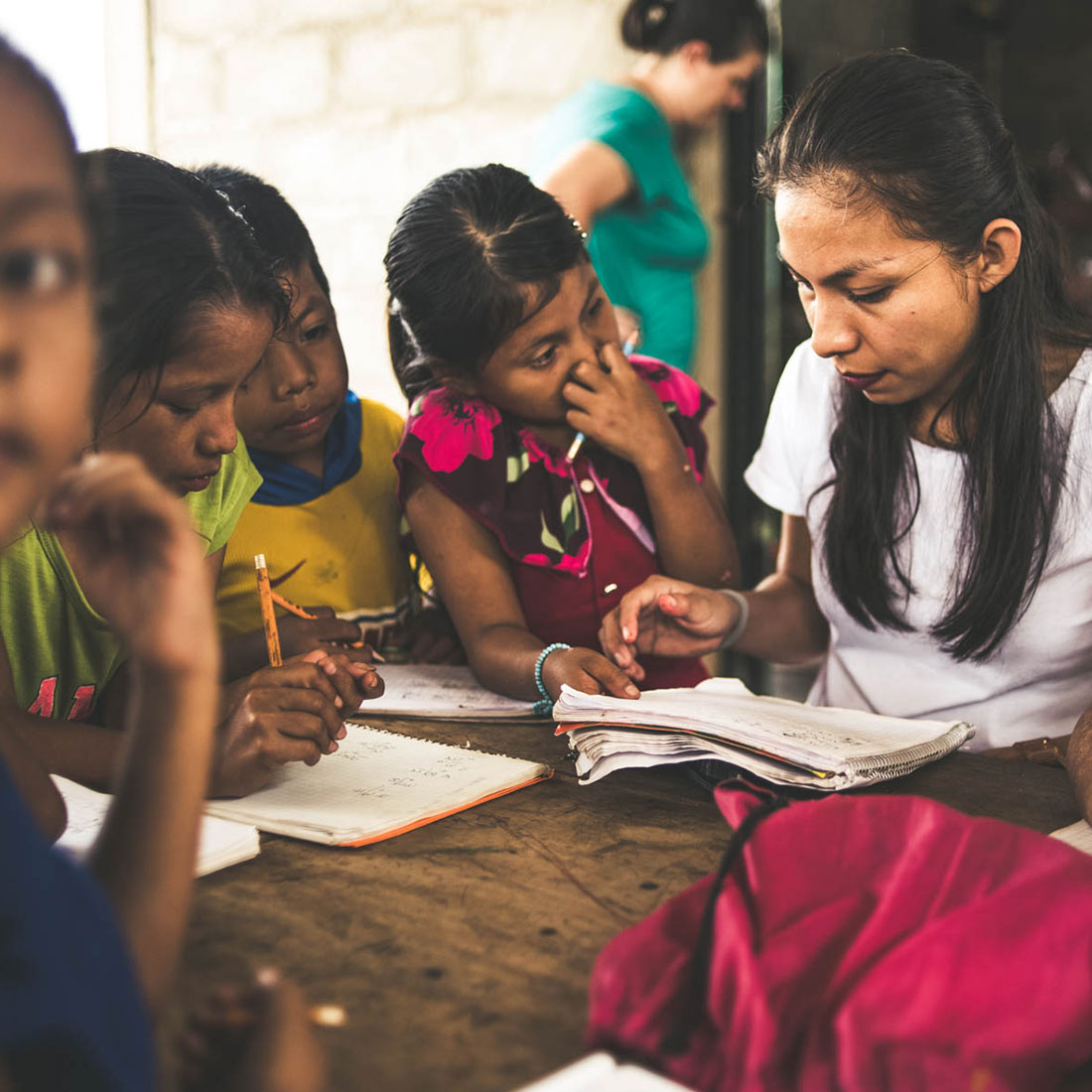 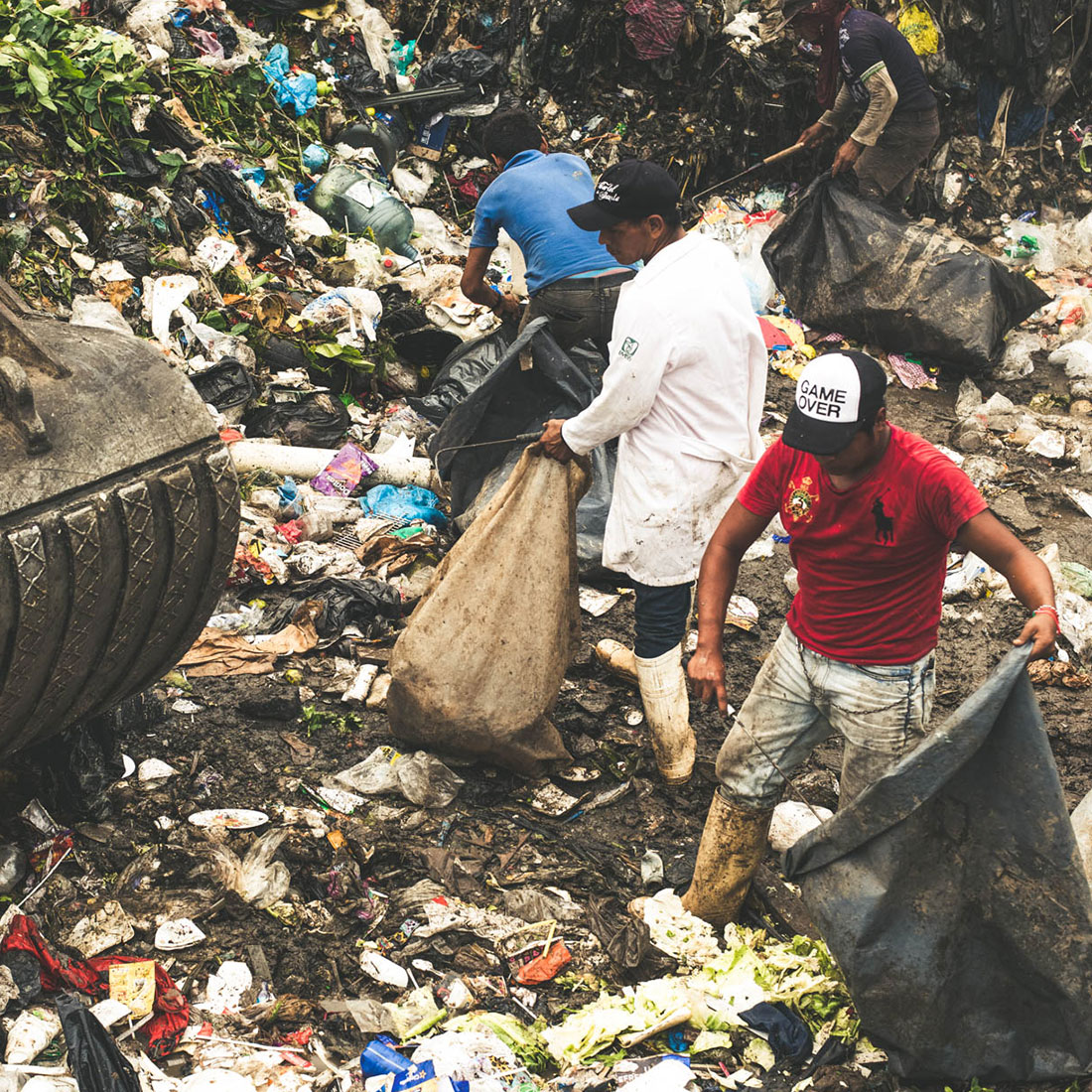 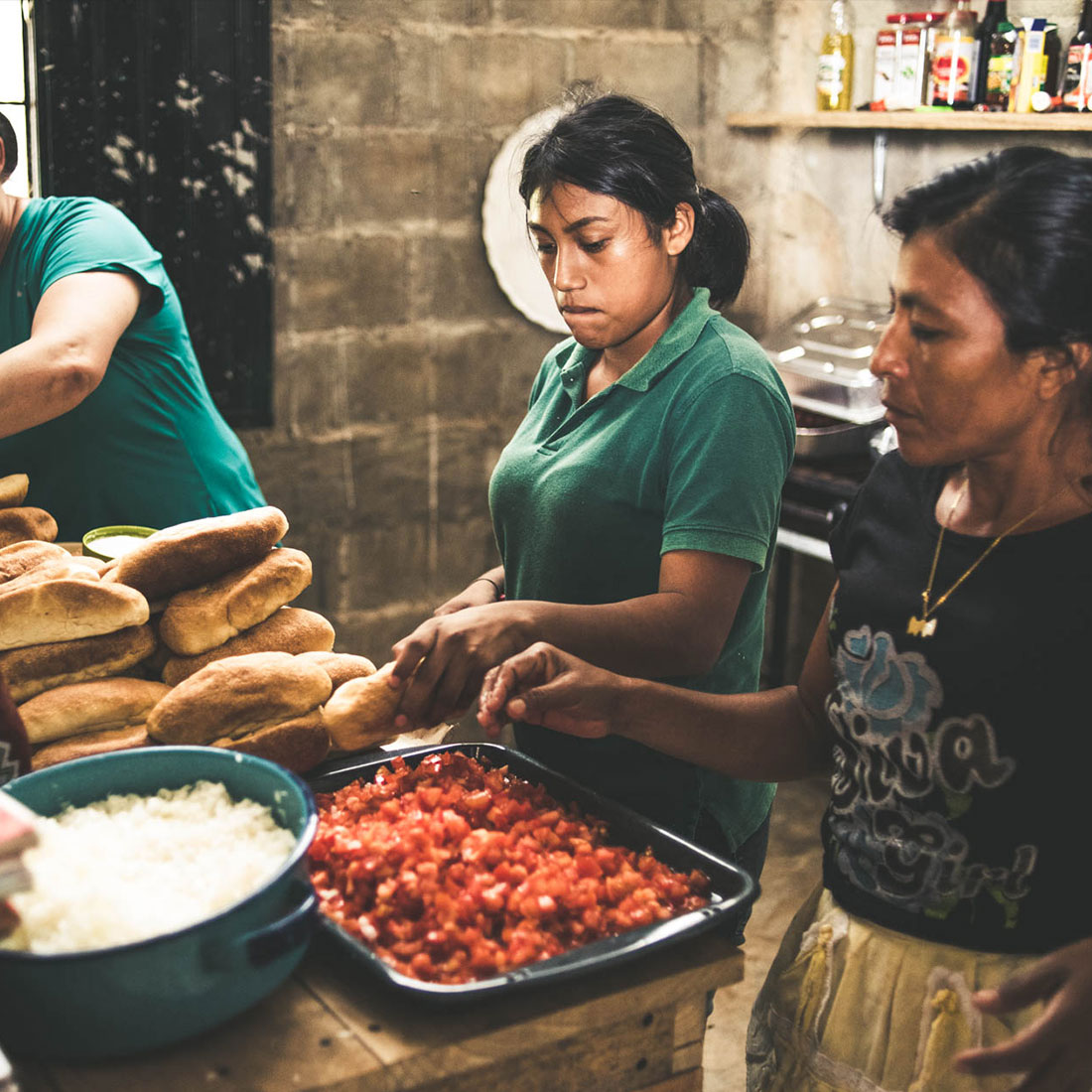 WANT TO MAKE A DONATION?